Schedule a Showing with Brandon 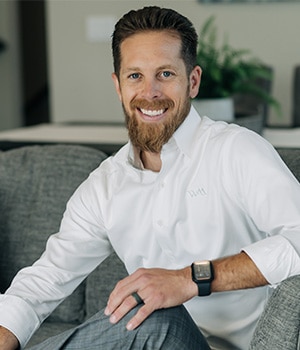 LOVELAND — Local home builders have figured out their own ways to compete against the national home builders, but for the most part, they’ve found that collaboration is safer than head-to-head competition.

Landon Hoover, president and partner in Hartford Homes, which builds just in Northern Colorado, said that the recession changed everything for the home builder.

Before the recession, Hartford built neighborhoods on its own. But after the recession, financial considerations came more into play and it became difficult to get the financial backing to do big projects. National builders, meanwhile, had access to capital that the local builders didn’t have. By partnering with the national builders, Hartford was able to build neighborhoods in the character it wanted and that customers expected but have the national builder assume some of the cost, especially on amenities such as parks, pools and trails. Hartford now partners on about 50 percent of projects.

“National home builders will win on scale,” Hoover said, “so partnering is less of a risk.”

While initially concerned about the quality of construction of the national home builders, he has been pleasantly surprised at the quality he is seeing.

Bellisimo, owned by Gino Campana, partners with D.R. Horton on some of its projects. It also has found the quality to meet customer expectations.

Bellisimo will plan a neighborhood and sell off lots to D.R. Horton, while keeping some for its own construction.

Campana said local and national builders have discovered the same thing since the recession: Customers are interested in neighborhoods in which they can interact with the neighbors, socialize in common spaces and have dinner or a beer in a nearby tavern or restaurant.

He said Old Town Fort Collins seemed to perform better than the rest of Fort Collins during the recession, which has caused builders to create new neighborhoods that reflect the compact urbanization that exists there.

One local home builder, Spanjer Homes, has gone a different route. Steve Spanjer, who founded the company in 1978, has specialized in the true custom home with every element determined in a conversation with the owner.

“We meet with clients and let them share their dream with us, then build what they want,” Spanjer said. He referenced a recent customer who wanted a shooting range in the basement, so Spanjer extended a 100-foot culvert off the side of the basement to accommodate the range.

Spanjer is so specialized that it does just seven to 11 homes a year, ranging in price from the low $600,000s to $1 million. The company has revenue of $10 million a year.